An Interview with Keith Thompson – Chair of NK:IO 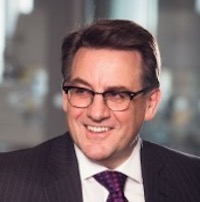 Keith Thompson is the current chair of biotech start-up NK:IO. He’s also chair of the Pharma Advisory Board of Deep Science Ventures and acted as industry advisor to the Vaccines Taskforce. Prior to this, Keith has had a rich career in biotech, with 8 years as CEO of The Cell and Gene Therapy Catapult, and has been on many boards including the BIA and the Alliance for Regenerative Medicine. He has recently been awarded a CBE in the 2021 New Year Honours for his contribution to science and innovation.

The biotech sector: from its very beginnings to now

Monoclonal antibodies in the 70s

I’ve been involved in biotech from the start– even before the term ‘biotech’ was widely used by the public. I began in 1979, initially working on monoclonal antibodies (mAbs), and I got my first taste of the characteristic challenges of biotech when, in the early 80s, we were tasked to scale up our manufacturing process. MAbs were one of the first biologicals that needed to be made at scale, and this taught me the core principles of biotech – you have to turn ideas into products, and you have to have the ability to make these products: you need the systems in place. I really enjoyed my early career with mAbs, and I learnt a lot about what was needed in terms of facilities, people, testing and commercialisation. You can put these components together and you get a product, but you have to combine them in the right way to ensure its sustainable, meets regulatory standards and can be profitably sold. In the early 2000s I went on to run the Scottish Blood Transfusion Service, and it was here that I really saw how end-to-end manufacturing, testing, logistics, and supply chains turned the donor’s gift into a product that could treat patients, arguably the world’s first cell therapy.

The beginnings of Cell & Gene therapy

At the blood service, I came across the very early stages of cell and gene therapy and began thinking about how to turn these therapies into products that could be manufactured and delivered to patients. But there were a number of outstanding questions holding this industry back:

It’s these challenges that informed the innovative ecosystem stimulated by the UK’s excellent Cell and Gene Therapy Catapult. To stimulate innovation, you need the right facilities, the right people, and the right strategy to create pathways for investment. Today, the UK has an extensive range of catapult facilities in a broad range of sectors – from offshore renewables to satellites – alongside the Cell and Gene Therapy Catapult, and these facilities are major assets to the UK’s economy. For example, from talking to venture capitalists during very early stages of the cell and gene therapy sector, many were excited by this area but were reluctant to invest due to the multi-million sums required to build unique facilities. The catapult removed this barrier by building a manufacturing innovation space that growing start-ups could occupy alongside each other, unleashing billions of pounds of investment in the UK and leading to the formation of over 100 firms.

I’ve been CEO of the Cell and Gene Therapy Catapult since 2012, recently stepping down in May 2020, as well as chairing the network for the UK’s other catapults. Obviously, it was never the intention to step down into a pandemic, but my successor Matthew Durdy has led the CGT Catapult to play an important role in the vaccine effort, developing a vaccine manufacturing facility which can be reverted to cell and gene facilities in the future.

Continuing to innovate with NK:IO

I too was involved in the vaccine effort, being part of the Vaccine Taskforce from summer 2020 to April 2021 advising on a range of the vaccines. And since September I’ve been involved in NK:IO, a very exciting new biotech company working on Natural Killer (NK) cell-mediated immunotherapy for cancer. The company has established fundamental technology that could unleash NK cell therapy, and it didn’t take long for me to see the huge potential. It’s early days so far, but we’re continually getting new data which adds richness and value, and I believe this therapy could be the next big thing, even surpassing CAR-T cell therapy, with opportunity for broader applications in solid tumours.

The value of early-stage investors

There are all flavours of investors. Some are interested in later-stage companies that are already generating products and earnings but at the other end of the spectrum, there are early-stage investors like UKI2S. These early-stage investors are of massive importance to companies such as NK:IO. Their role is complex: they have to be able to identify companies with potential, help in their formation, ask the right questions, and very often help to steer the founders from an academic angle to a product development perspective. UKI2S has a terrific portfolio across early-stage biotech companies, and it’s great to see NK:IO join the list. One of the key qualities behind UKI2S’s success is its deep understanding of early-stage ventures – appreciating the risks and aiming for maximum momentum and value.

Maintaining innovation and talent in the UK’s science sector

When the Catapult concept was first formed, it was met by a great deal of enthusiasm. Now, it’s become central to making the UK a science superpower where the benefits of our academic research can be harnessed in the economy. With the UK’s scientific achievements in the fight against COVID-19 such as vaccine development and bioprocessing, it’s a wonderful time to be involved in this industry. And it’s the past 10-15 years of investment in biotech innovation that’s formed the bedrock of the very successful COVID response from this community.

The future prospects are bright, and it’s good to see the government’s ambition to increase the percentage of GDP spent on R&D. But we need to ensure that science and technology industries can prosper in a way that allows them to lay their long-term roots in the UK. This is part of the motivation behind the catapult strategy. If you nurture the talent, and develop unique facilities, you can accelerate the development of the next generation of products and services, then you can create self-sustaining clusters of activity which keep attracting investment. The UK has largest cell & gene therapy cluster in Europe, showing the country’s leadership in this field.

Investment in the science sector will also help the UK’s levelling-up agenda. Levelling-up isn’t about spreading out investment or filling the troughs, it’s about building on peaks. Where you have geographies with the ability to grow and sustain a cluster then, in my view, you should re-enforce the development of clusters around that location.

A year of global challenges emphasises the role of science and technology in our...