Expert Interview with Gilad Gershon: Selecting the right talent for your start-up

Helping to Maximise the Economic Impact of the UK's Scientific Research

We work with our partners to turn the UK's world class research into global products and services. 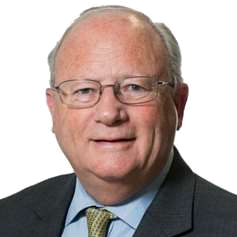 Ian Taylor was a member of the UK Parliament for 23 years until he stood down in 2010, including serving as Science Minister from 1994 to 1997. He chaired the Parliamentary & Scientific Committee from 2007-10. He is a past winner of the Sir Arthur C. Clarke Award for Individual Achievement in Promoting Space and Science.

He is now a founder-director of Living PlanIT AG which has developed a software platform for real-time big data analysis and integration to enhance health and environmental outcomes in urban areas.  He is an advisor to several other companies in the technology sector.

He is on the Inmarsat plc Strategic Advisory Board for the UK Space Agency (UKSA) International Partnership Programme (IPP).

Ian was for 7 years until March 2018 a Council member for UKI2S core partner the Science & Technologies Facilities Council.  He chaired the National Space Academy Steering Group 2012-2018.    He has been an advisor to the European Space Agency’s Integrated Applications Programme and was one of the former ESA DG’s strategy advisors.

Ian chairs the charity League of Remembrance and heads the Development Committee of the British Society for Research Ageing.