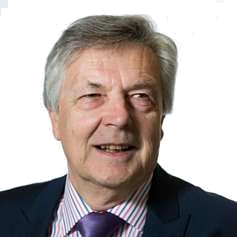 He had been Head International R&D Projects for Zeneca Agrochemicals, having previously held several senior scientific roles. Apart from his functions in Syngenta, David is currently a non-executive Director of Rothamsted Research (non-listed company). Besides, he is also a Director of the UK Knowledge Transfer Network Ltd., a member of the UK Industrial Biotechnology Leadership Team, the UK Agri-Tech Strategy Leadership Council, and the Nuffield Council on Bioethics.

David graduated in Chemistry from Oxford University with an MA and DPhil in Chemical Pharmacology.

Sharing the Secrets of Start-up Success

Small companies are better than big businesses at maintaining a culture of innovation. David Lawrence…